I am so excited to be a part of this fun Blog Tour for A Week of Mondays!!! Join in on the fun by using #TGIM and #AWeekofMondays in all social media posts. 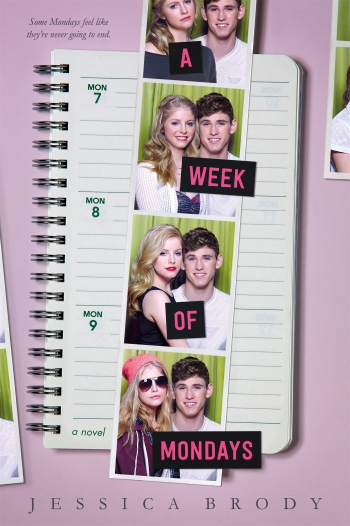 Ellie is having the worst Monday of her life. She messes up her school  speech for the class vice presidency position, she manages to take the world’s  worst school picture, she bombs softball tryouts, and the icing on top  of this awful cake: her perfect boyfriend who is in a high school rock band dumps her. At the end of  the day, Ellie wishes she could redo everything. When she wakes up the  next morning, she discovers that it’s Monday again! She has six more chances to redo the day in the hopes of having everything go exactly the way she wants. But in the process, she just may find out that what she really wants and what she actually needs are two very different things.

ELLISON “ELLIE” SPARKS: An idealistic, ambitious sixteen-year-old junior with a lot on her plate.

Those were the first words I ever wrote about Ellie Sparks. They were written in a synopsis for my publisher when I was first trying to sell them on the idea for a book called A WEEK OF MONDAYS.

Of course, you can’t write an entire book about a one-sentence character. Just like you can’t live your entire life as a one-sentence person. But every character has to begin somewhere. And this is where Ellie began for me.

As an idealistic, ambitious sixteen-year-old junior with a lot on her plate.

In my mind, this is who she had to be. I thought, if you’re going to write about a girl who relives the same horrible Monday over and over again, trying to “get it right,” these are the adjectives that must describe her. She has to be idealistic enough to think she can fix everything in her life. Yet, she also has to be ambitious enough to try it. And how else are you going to fill seven Mondays with interesting storylines if the main character doesn’t have a lot on her plate.

So there was Ellie. And there was me, ready to write her, thinking I understood her. Thinking I knew everything I needed to know about her.

This is the writing process for me. I start with an idea of who someone is. I draw a box around them, like an identity fence. I stuff them inside and I lock the gate. I tell them, “This is who you are. Don’t try to change that. Don’t try to be or do anything else. I don’t have time for detours. I’m on a deadline.”

A WEEK OF MONDAYS is my tenth published novel and I’m still trying to lock characters inside fences. Eventually, though, they always break free. They always get bigger than their boxes. And even though I try to adjust, I keep drawing bigger and bigger boxes around them, trying to contain them to the world I built, the world I envisioned, they never quite want to stay inside. Just like people. You can try to identify them, label them, build a fence around them that makes you feel safe, and yet they’ll always surprise you. Because no character—no human being—fits inside a box.

One of my favorite reviews of A WEEK OF MONDAYS says, “Watching Ellie relive her horrible day is something like peeling an onion. Each Monday, a piece of her people-pleaser facade melts away, revealing more of her real self.”

I smiled when I read that because it wasn’t until then that I realized exactly what had happened in the writing of this book. I had done it again. I had tried to put yet another character in a box, and she had slowly, word by word, page by page, Monday by Monday broken free.

This book is ultimately a story of self-discovery.

Because sometimes it takes a whole week of Mondays to figure out who you really are. And when you finally do, you may find yourself thinking ‘Thank God It’s Monday’ after all.

For the next five Mondays, blogger friends across the internet will be sharing their best and worst Monday. Follow along with us online with #TGIM and #AWeekofMondays, because whether a Monday is memorable for good reasons or memorable for bad reasons, we stand to learn a lot about ourselves.

Jessica Brody is the author of several popular books for teens, including the Unremembered trilogy, 52 Reasons to Hate My Father, and The Karma Club, as well as two adult novels. She splits her time between California and Colorado. Find out more at jessicabrody.com. 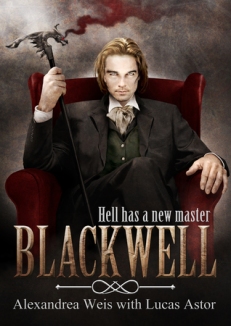