Rafe Angelito thought he was done with the demons from his past—until his son is kidnapped. Blackmailed into abducting an American heiress, the legionnaire soon finds himself trapped in paradise with a fiery, daring beauty who’s nothing he expects…and everything he desires. But when he uncovers her own dark secret, Rafe realizes he’s made a critical mistake—one that could cost him everything.

Playing body double for a spoiled socialite was supposed to be Holly Ryan’s ticket to freedom. But when she’s snatched off her yacht by a tall, dark and dangerous stranger, the not-quite-reformed con artist will make a desperate play to turn her captor from enemy to ally, by any means necessary.

Yet as scorching days melt into sultry nights, Holly is drawn to the mysterious capitaine, with his unexpected sense of honor and his searing touch. When they’re double-crossed, they’ll have to risk trusting each other in ways they never imagined…because in this deadly game of deception, it’s their lives—and hearts—on the line.

I would like to thank the publisher for providing me with a copy of Deception Island at BEA in my blogger bag. This has in no way affected my review and was given for an honest review.

I really enjoyed Deception Island it has Action, Romance, and Suspense, all the things you could want from a nail biting read!!! The cover alone had me excited for this book. The action starts from the first chapter and doesn’t stop until the last page. So many things to fight against, criminals, sharks, snakes, spiders, pirates, and your own instincts. This book has it all. We get rotating POV’s from Rafe and Holly.

Holly is a women who is just trying to start over and make a new life for herself after being betrayed by her ex and spending six years in jail. She is now pretending to be Laura, an important politicians daughter, so that she can have more freedom without the risk.

Rafe is forced to kidnap Laura to save his son. He has no idea that the woman he has taken is not her, and that it could put both of them and his son in more danger. Rafe knows he is playing a dangerous game but his son is the most important thing, and only nine years old.

Rafe is trained and has gone into this mission studying Laura’s past and things about Holly are not making sense. Holly manages to explain but can they trust each other with so much on the line? Will Holly tell Rafe the truth about who she is? Can Rafe learn to let his guard down with anyone, especially with his son on the line? Who is pulling the strings and why? You have to read this incredible story to find out.

Deception Island is a gripping page turner. I could not put it down. In the second half of the book you really dig into more emotional depths and when you didn’t think you had more reasons to keep going you do. The only thing I wanted was a better epilogue, but everything else was fabulous. I would definitely recommend Deception Island and I am giving it 4.5 out of 5 stars. 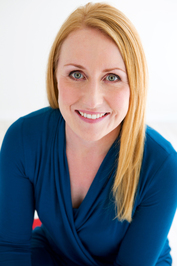 As a journalist, Brynn Kelly once spent her days chasing stranger-than-fiction news reports. Now she spends them writing larger-than-life novels, in a happy bubble of fiendish plots and delicious words. Brynn has a journalism degree, and has won several prestigious writing and journalism awards, including the Valerie Parv Award and Pacific Hearts Award. Her debut novel, Deception Island, was a Golden Heart finalist. She’s also a bestselling non-fiction author, in her native New Zealand.