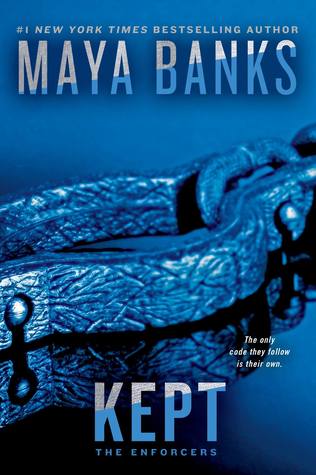 He can’t change who he is…

A horrific childhood has made Silas the man he is today: dangerous, distrustful, and demanding. He’s lived in self-imposed solitude, convinced that no woman could ever accept his need for absolute control—in business and pleasure. That is, until a young violinist walks into one of his buildings and into his life.

She can’t change what she wants…

Haley has been struggling to fulfill her father’s dying wish: to attend a prestigious music school in New York City. But even working two jobs, she can’t afford the tiniest of apartments. Seeing her hopeless and near tears, Silas vows to help and protect her, no matter the cost to himself. But when Haley meets his every demand with unwavering acceptance and love, he is overwhelmed by her goodness and gentle spirit. He knows that the dark stain on his soul can never be erased—and rather than risk destroying the most beautiful thing he’s ever experienced, he knows he’ll have to do the hardest thing he’s ever had to face. Let her go. But he’s totally unprepared for the lengths Haley will go to fight for his love and a future brighter than the sun…

I would like to thank the publisher for providing me with an advanced copy of Kept for an honest review.

Kept is an emotional, sexy journey. I loved Silas in the first two books in the series and was hoping this book would stand out in the series. I liked his backstory and dark brooding nature. I did however feel that it was very similar to the first two books. The story lines arc in this book was almost exactly the same as the others. That left me a little disappointed.

Hayley has just lost her father and has moved to the city to pursue her dreams as a musician. She is a brilliant violinist and is going to a prestigious school. It has been a struggle ever since her fathers death. He wanted her to go after her dreams but she has been struggling. Her dad was scammed by an insurance policy that he thought would help Haley after his death.

Silas soon sees Haley when she enters his apartment complex and he knows that she is out of her element. He wonders what a girl like her is doing, she seems so sweet and vulnerable. He can tell she is in need of help and she instantly reminds him of Evangeline in her demeanor, which makes him want to help her.

Silas is closed off and likes order. Hayley is determined to thank the person who helped her and help him in return. They both are instantly attracted to one another but Silas is scared she is not going to be able to handle a  relationship with him.

Can Silas get past his insecurities and put Hayley first? Will Hayley be able to trust Silas with so many secrets surrounding him?

I really do love Maya’s writing . Kept was a fast read. I love nicknames but at times it just got a little annoying. I am hoping that if this series continues that the plot for the characters varies and she mixes it up. That will definitely help me connect more because there were some differences, but I did feel I was reading Drake and Evangeline’s story plot all over again, just different names. I did like the first two books, and I enjoyed this one. I am interested to see where the next book in series will go if she continues. I am giving Kept 3 out of 5 stars.

Hayley sank further into the heated seat of the luxurious car as they sailed through traffic, and she smiled, unable to believe her good fortune. How fast things changed and how quickly she’d gone from desperation and resignation to excitement and optimism about her future.

Tears glittered and clung to her eyelashes.

I’m going to make it, Dad. Just like I promised. I’ve found a place I can afford to rent. I can continue school like you and Mom wanted. One day you’ll see me playing with a prestigious symphony. This is all for you, Dad. For all you sacrificed for me. I only wish you were here to see me the first time I play with a symphony.

A fierce ache besieged her chest and she rubbed, blinking furiously to rid herself of the tears that burned her eyes. It was hard to accept that her biggest—only—supporter was gone. First her mom, whom she’d lost when she was but a child, but Hayley still clung to the fleeting memories she had of her mother. Every time she looked in the mirror she saw her mother’s face. As her father often fondly remarked, she was the picture of her mother.

It was bad enough to lose one parent. Why did she have to lose both? The only two people she had in the world?

She leaned forward in the seat when she saw that they were approaching the street where her current residence was located.

“You can let me off at the corner,” she said to the driver, who hadn’t uttered a single word during the ride. “I’ll walk from there. It’s not far and the rain has stopped.”

The man glanced in the rearview mirror, obviously staring intently at her, though she couldn’t see his eyes behind the shades he wore despite the overcast day.

“I would feel better if I dropped you in front of your building,” the man said, surprising her with the firmness of his statement.

Hayley smiled. “No, it’s okay, truly. I’d like to walk so I can clear my head. It’s been an eventful morning.”

His lips tightened but he didn’t argue further as he pulled to the corner and glided to a halt. When she would have opened her door to duck out, he sent her a look of reprimand that froze her in her tracks. He got out and unhurriedly stepped around the car to open the passenger door not facing the street.

She smiled at him again, ruefully this time, and offered her thanks, squeezing the hand he’d offered to help her out. To her shock, the staid, somber man’s lips turned into a semblance of a smile, only the corners slightly tipping up.

“It was my pleasure,” he offered formally before once more returning to the driver’s seat.

Seconds later the car melted away into traffic and Hayley turned to walk the half block to her apartment, shaking her head at the most unexpected turn of events the day had offered.