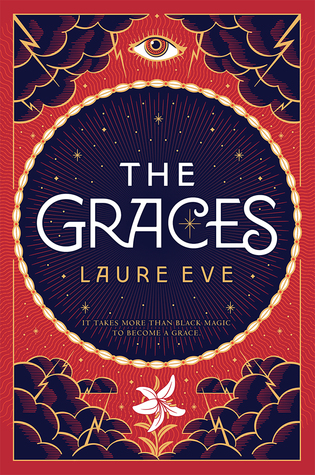 Everyone loves the Graces.

Fenrin Grace is larger than life, almost mythical. He’s the school Pan, seducing girls without really meaning to. He’s biding his time until someone special comes along. Someone different, who will make him wonder how he got along all this time without her. Someone like me.

Fenrin’s twin, Thalia, is a willowy beauty with rippling, honey-colored hair. Wherever she goes, Thalia leaves behind a band of followers who want to emulate her. She casts spells over everyone she encounters, just like Fenrin—even if they both deny it.

Then there’s Summer. She’s the youngest Grace, and the only one who admits she’s really a witch. Summer is dark on the outside—with jet-black hair and kohl-rimmed eyes—and on the inside. It was inevitable that she’d find me, the new girl—a loner with secrets lurking under the surface.

I am River. I am not a Grace. But I’ll do anything to become one.

I would like to thank Book Expo of America and the publisher for providing me with an advance copy of The Graces for an honest review.

The Graces is full of murder and witchcraft. At the start, I thought The Graces would be another generic novel about a young girl in a new town with no friends. I ended up enjoying the book a lot. There were many twists and turns that were unexpected, which made the story seem less generic and more original.

The Graces is written all from River’s point of view. It follows her friendship with Fenrin, Thalia, and Summer Grace and the development of their relationship as a group. The Grace siblings tend to keep to themselves and don’t hold friendships for very long. After moving into town, River would do anything to be the Graces’ friend.

Summer and River become close, which brings River closer to the rest of the Graces as well. Not only are the Graces wealthy and beautiful, but rumors of witchcraft have been spread, drawing more people into wanting to know more about who they are.

What secrets are the Graces keeping? What extent will River go to become one of the Graces?

In the beginning, I felt that The Graces moved slowly, but towards the middle, the pace picked up. This is a book I would recommend because it was different from anything else I’ve read and took me on an unexpected journey. I am excited to read the next book in the series. I would rate this book 4 out of 5 stars.

A French-British hybrid who grew up in Cornwall, a place saturated with myth and fantasy. Being a child of two cultures taught her everything she needed to know about trying to fit in at the same time as trying to stand out.

She speaks English and French, and can hold a vague conversation, usually about food, in Greek.

A random selection of favourite things: Terry Pratchett quotes, characters with questionable morals, Jean-Claude Van Damme, Häagen-Dazs cookie dough ice cream, anything Trent Reznor is remotely involved in even if it only extends to ‘he once touched this artist’s arm’, bad 90s dance music and anything a bit weird (see: Davids Lynch and Cronenberg).

One thought on “ARC Review by Guest Reviewer Madison: The Graces (The Graces #1) by Laure Eve”